Recently I was asked to take part in a exciting project for a very special occasion at an extraordinary venue. To say the least, I was quite honored and most certainly humbled when given the opportunity to paint a commission for the Grand Opening of the Charles H. Coolidge National Medal of Honor Heritage Center in Chattanooga, Tennessee. At first I felt very unworthy to be doing this painting, but the more I immersed myself in this project I became very thankful and proud to be an American. The following paragraphs are taken from the description on the flyer that is included with the print. I’ve also included a few photos of the painting, prints and a preliminary study that was painted in gouache. ‘A Tribute To Our Heritage’ is a 20×14 limited edition of 500 signed and numbered giclee print created from an original oil painting commissioned by the MOHHC. Prints will be available for purchase at the Grand Opening on Saturday February 22. Special Thanks to all the good folks at MOHHC, Gallery 1401, Art Warehouse for printing, Art Creations for framing, my lovely wife for her amazing design work, and everyone who was involved in this project!!

Of all the commissions I have done, the most meaningful and humbling of these is “A Tribute To Our Heritage” for the Charles H. Coolidge National Medal of Honor Heritage Center. When I was first approached to do this painting what immediately came to mind was the American Flag, the Fourth of July, and the Armed Forces Day Parade. These, to me, represent America, freedom, and the sacrifice of the men and women who bravely serve in our military. Artistic inspiration then came from patriotic impressionist paintings such as those of Childe Hassam that captured, with such vigor, the American spirit of patriotism during World War I.

“A Tribute to Our Heritage” is a vertical painting completed in a bold palette of red, white, and blue, featuring a larger than life American Flag waving proudly over an Armed Forces Day Parade. Centered is a Jeep carrying Medal of Honor recipients along Market Street in downtown Chattanooga, as though they were coming home from war. The portrait (vertical) orientation of the painting symbolizes triumphant ideals and presents the parade as a portrait of America—a celebration of freedom and honor and a moment when Americans stop to show their patriotism and appreciation for our Armed Forces.

The Jeep crossing the bridge in the distance depicts an actual moment in history when WWI hero Sgt. Alvin York drove fellow WWII recipients Cpl. Paul Huff, TSgt. Charles Coolidge, and SSgt. Raymond Cooley through Chattanooga’s streets. The ROTC in Naval uniforms energize the painting with their striking sailor caps, representing the present military and those ready to enlist and serve. The young child in the foreground out in the street waving the flag was essential to completing this piece, representing the future and youth of America. The National Medal of Honor Heritage Center’s mission is to connect our young people to the heroes of our heritage to educate and inspire them about the six character traits they  embody: Patriotism, Citizenship, Integrity, Courage, Sacrifice and Commitment.

20×14 Signed and Numbered Limited Edition Giclee Prints are available for $75. Email us for details. 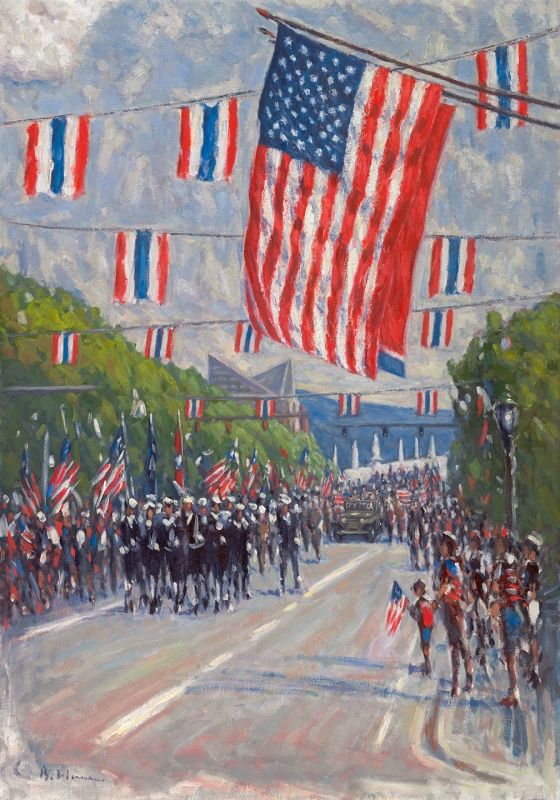 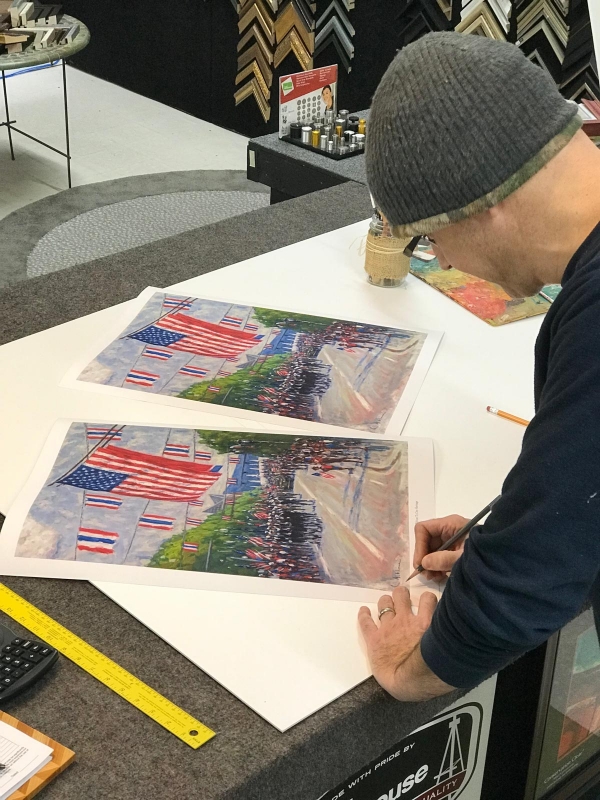 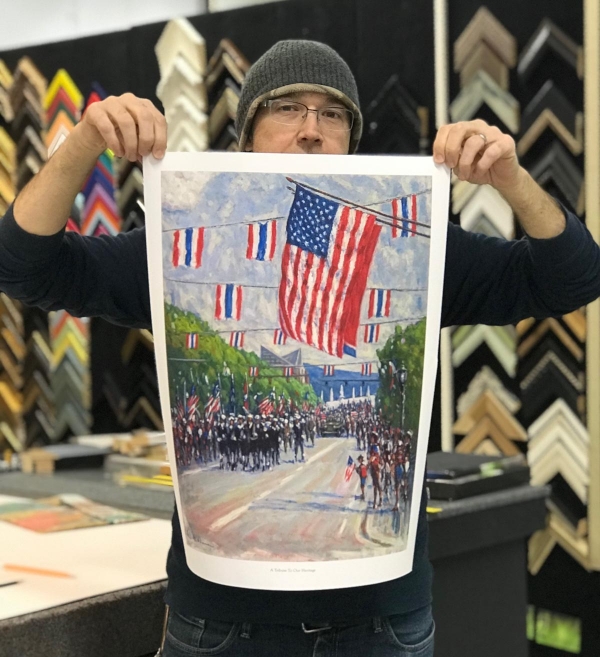 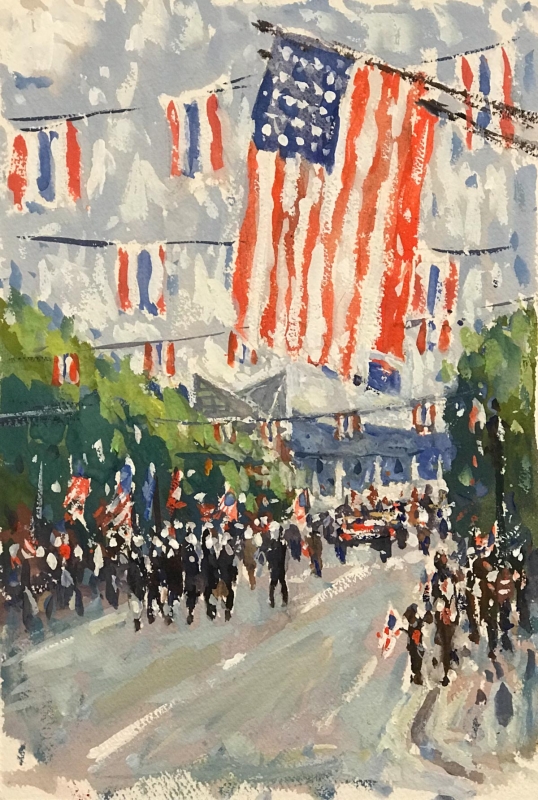